skip to main | skip to sidebar

i watched an adorably sweet video today. something passed around the internet, being shared on facebook multiple times by everyone who has a heart. a little girl who wanted to cut her hair so someone could make it into a wig for a child who was bald from chemo.

she said "they don't have hair and thats so sad".

only its not sad.

she's only 3. she doesn't know how irrationally (i know its irrational) irritated i became about this.

what's sad is that a child who is bald has to do chemo because of a tumor or cancer...

what's not sad is that child is fighting. the day you walk past that kid at the grocery store, with no hair, is another day that kid is winning.

when they told us reese had to do chemo, which i assumed would happen, i knew hair loss was simply a factual side effect. a means to an end, i said. it has to be done... so be it. i put my brave face on and said "let's go".

and those next weeks, a child who once was tormented by the use of a brush on her hair, relished in it. we would brush her hair to calm her. i'd run my fingers through her loose curls. hair loss is so symbolic of your child's life changing. you can see, every day, on the outside, that things are no longer the same. i started to feel so sad of what was to come.

only it wasn't sad.

we finally cut her hair in january 2013, since it was starting to itch as it fell out. we'd find hairs all over her clothes, in her food, on her pillow. it was time. it was the beginning of a new hope. hope that the medicine was working.

soon, her eyelashes fell out for the first time. one by one. or, if reese had itched her eye vigorously, several at a time.

her eyebrows were gone. and finally, almost skin bald.

when some months have less chemo, a white poof surrounds her head like a halo. she gets some eyelashes in, different looking than before, but beautiful. her eyebrows are patchy. then, all too soon, they'd fall out again.

for reese, it also shows the scars of surgery. 2 brain surgeries.

reese thinks she has pink hair. right now, i think its a mohawk, if i remember the most recent beauty parlor session with her sisters. she asks for ponytails and i, eagerly, oblige. pretending to pull her hair from all sides of her head, into a top whale spout.

the photos of her from before, she identifies as "miller!" and her identity is bald reese. she has no idea that she once had hair. she recognizes herself in baby photos by her bald, round head.

i am certain that older children who have lost their hair to chemotherapy are self conscious. but i so wish that wasn't the case. i wish that hair wasn't a stigma of healthy and bald, sick. but that bald was a sign of a certain amazing fighter who was winning the war - even if just for that moment.

i wish, when children asked questions in front of their parents, that parents responded with uplifting comments of hope and determination - that their child can spread to others. to let those bald kids radiate the confidence that they deserve to show to the world.

sawyer introduces reese with "...and this is reese. she has no hair." fact. reese smiles, sometimes takes her hat off in pride, if she has one on, but she has no idea how that head makes other people feel.

i am beyond grateful that wig making companies, for kids, are available. and that so many people choose to donate their hair for any sweet child who just wants to feel normal.

...because the lack of hair isn't sad. its the first casualty of war. 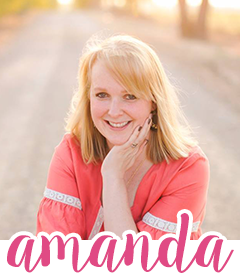 I am wife to E.J. and mom of 5 [ginger] girls. I'm a Dallas photog who thrives on telling stories with the in between moments and chasing the sun until bedtime. Wine drinker. Book reader. Mom'cologist to one. I spend each day knowing that every moment is a gift. I like to read sad books and laugh until my sides hurt. I write to tell our story. All of it.